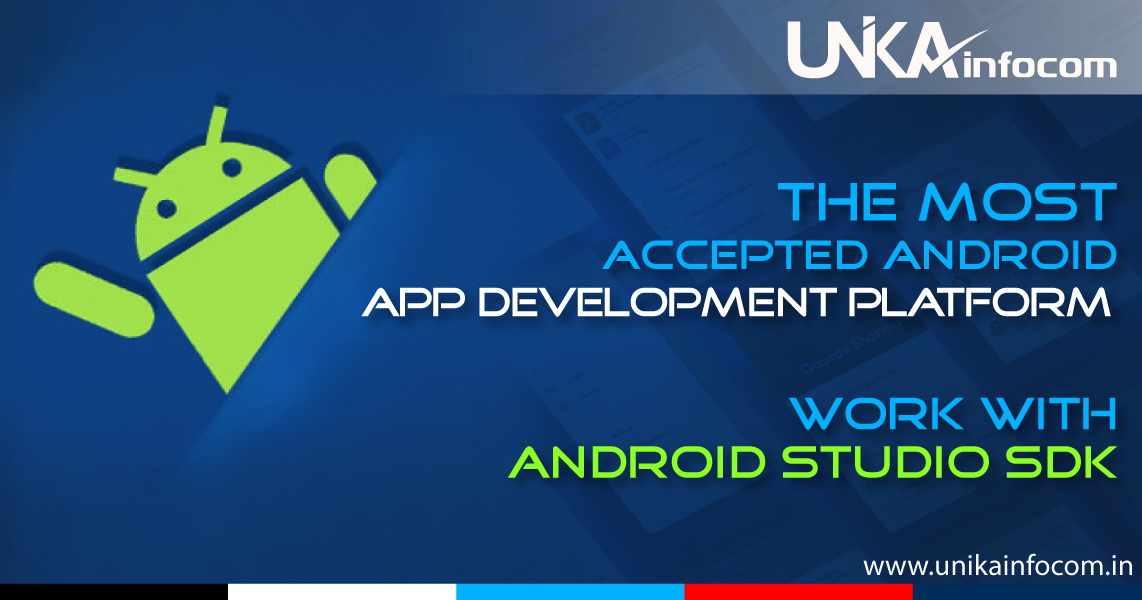 From the past few years it’s apparently very clear that Android OS and its Apps are dominating the mobile market. This Java based technology has occupied most of the Mobile OS landscape with its user friendliness, flexibility & accessibility. With this increasing Android user base android Apps are also in its peak demand. Here comes the Android Studio platform for developers to produce high end Android Apps and surely it’s the first preference for the developers’ community for developing their Android Apps. Android Studio is an open source SDK with pugins and extensions for developer. Android Studio is mainly base on open source IntelliJ. Google released it under Apache 2 license which is open source also. For many developers Android Studio is the most accepted platform for developing Android App. For advanced and high end App development it’s the most useful tool. Its interface & plugins are much advance than the others. For high end Gaming App also it’s used with Unity SDK.

Here are some steps to set up IntelliJ for developing with Android Studio SDK:

You can have the android plugin source code in tools/adt/idea and the IntelliJ IDE in tools/idea/; also you can find many shared libraries in tools/base/.

Open the Android Studio Project from ‘Open Project’ in IntelliJ and select the folder- ‘tools/idea/’. Now your project is ready for debugging & compilation.

While running unit tests in the IDE if you get a “File access outside allowed roots” exception failure, then you need to set the below property in your unit test run configuration. You can set this in the default unit test configuration.

Below is the property to set:

Some of Android Studio Tech Features:

With the moderate knowledge in Java Programming and Web Service implementations, developing with Android Studio is definitely the best option for Android App development.